A look back on my first trimester where I recap all the ups & downs of my first pregnancy. I also answer some of my reader’s questions from Instagram & Facebook.

If you’ve been taking a social media break or new here, we announced our pregnancy at Christmas. So if you missed that post, I recommend checking it out. I go over some basics and what you can expect from a pregnant cocktail blogger.

For now, I wanted to recap my first trimester in a bit more detail. Not only because some of you are very interested in this part of my life but also for my own personal keepsake.

Overall I feel pretty lucky about how my first trimester went down. Everyone talks about how awful it is but outside of a few not so great symptoms, I had it pretty easy. For me, pregnancy has been physically great thus far.

I can hear the groans of annoyed women already.

However, while it might have been easy it didn’t come without its fears. If anything I don’t think I stopped being fearful of this pregnancy until around 12 weeks. Part of that is because women tell you how horrible the first trimester is and how sick you’ll be. When I wasn’t huddled over a toilet, well, I thought something was wrong with me or the baby.

Fun fact. Having minimal to no symptoms is just as normal as having all of the well-known pregnancy symptoms.

Why the fear though? I’ve miscarried before. It was an unplanned pregnancy four years ago that actually took us both by surprise because we’d talked about never having kids. If there is one good thing that came out of that pregnancy it was a change in what we wanted out of life.

We’d later go on to have a drawn-out missed miscarriage. It was exhausting, emotional, and one of the worst experiences I’ve gone through in my life. It would later make a fear run through this pregnancy until baby slowly and surely let me know, things are going to be okay.

The first sign of coming out of it was at our first appointment when the baby was there with a big ole heartbeat of 161. Not only had we not gotten that last time, but we also didn’t make it that far. That was right over 9 weeks. Then came 11 weeks and our genetic testing ultrasound. Baby was moving, kicking, waving, and rolling over. If things hadn’t felt real yet, they did then. Something wonderful was living its own life right there inside of me already and it was alive. That’s about when the fear really started to shed.

As the fog of fear has subsided, I’ve actually come to love this time in my life. While things can still happen, it’s just not as important as the best thing happening right now.

Alright, time for some fun talk.

Did you have any symptoms?

Food Aversions & Cravings
YES. I promise I’m not a magical unicorn unfazed by pregnancy. I spent three weeks, the week of Thanksgiving kicking it off, with food aversion. Kind of a crappy time to get that right? I didn’t want green vegetables, carrots, and meat. I wanted no meat. I wanted all the terrible for you food though. So I had terrible food with tomatoes and lots of fruit. Somehow I still managed to lose weight, probably because I just wasn’t that hungry. I’m just now moving past my starting weight.

As for cravings sour and salty. That’s all I want, all day every day. It’s also like my body is trying to make up for not wanting meat too. I feel carnivorous and want nothing but burgers and steak. That means a boy, right?

Exhaustion, Insomnia, and Pregnancy Dreams
The first photo from this post is actually from week 15. I don’t have many photos from the first trimester because well, I was a walking zombie. If I wasn’t working I was in bed trying to sleep. When I was supposed to sleep, I couldn’t sleep. When I wasn’t supposed to sleep all I wanted to do was sleep. Naps were more like lay down sessions where I never fell asleep. I craved bedtime of all things, though it wouldn’t bring me much relief.

On the few times I could sleep, they left me with pregnancy dreams. Now that the tiredness and insomnia are fading off, the pregnancy dreams are even more in full force. They’re weird folks, real weird.

Body Changes
In the first trimester, I really didn’t have that much until the last two weeks where I started to get a belly. Thank god for pregnancy jeans because they just feel better. I bought my first pair right before we went to my parents for Christmas, just in case. I’m so glad I did because I swear I grew a belly on the way to Asheville.

Though I will say the body hair….dear God. It’s been so bad. My hair usually grows fast on its own but now I’m just a bear. I can shave a leg and by the time I’ve done the other one, stubble has already grown in. I’m shedding head hair like crazy as well. Again, this was an issue I already had and definitely did not need to be amplified. Our poor vacuum may not make it through this pregnancy.

Subchorionic Hemorrhage
Yeah, I’ve got one of those. It might be TMI but I’ve had no bleeding from it. It’s also below baby and away from the placenta, so the doctors feel pretty good about it. Our last ultrasound showed that it might have fully clotted. Until it goes away I’m on limited activity. AKA I can’t run. Which, is driving me batty because we’ve had some beautiful running days. Not to mention the half marathon I do every year is next week. Which is giving me all the FOMO.

Is it bad for the baby?
It can be but everything looks good right now. We have an ultrasound next week so hopefully, it will have shown signs of going away because the sooner that happens the sooner I’m cleared on having a 100% healthy pregnancy. Right now it’s just sitting at 99%.

I should probably include how this all went down. As I talked about in the announcement post, we were planning this pregnancy. It was just our first real month of trying, so we didn’t except to get pregnant on the first time. Ya know, because everyone says it takes a couple of months. Face palm.

We only took a test “just in case” because we had a weekend of possible drinking coming up. Which was more B’s idea than mine. So when both test lit up like a Christmas tree, we ran out and got more. I think I took 5 tests in the course of 3 hours. They all were positive…well before the clock was up. I was only 3 weeks and 5 days.

This also led to a slight freak out that there might be twins for awhile.

So once the complete shock wore off, we got excited but we were also hesitant. We told our parents but then kept it pretty silent until after our 9-week appointment. After that we each told one person until 11 weeks. Granted a lot of strangers knew, because it was hard to keep that kind of information silent. I think a majority of the H-E-B check out staff knew before 10 weeks. After our 11 week appointment it was a free for-all of telling everyone. Until we announced publicly on 13 weeks, Christmas Day.

I have to say, it’s a lot better with people knowing now. A LOT better.

That’s it from what I can think to bring up that isn’t also a question from a reader! Though a lot I already answered here so I’ve taken a chunk of them out. If you come up with more questions or want to ask questions about my second trimester I’ll be recapping it in April! Though I’ll do another when we find out the sex of the baby next week. I think it would be fun to go over which old wives tales are a bust and which ones were true. Granted I promise the rest will not be as long as this post because I can actually document it all better now.

If you want more updates than once a trimester follow me on Instagram to get bump updates and more. Plus if you have any questions from this post, that’s the best place to ask them!

Now for the reader’s questions I haven’t already covered.

Does Georgia finally know?
As for in the first trimester? She didn’t have a clue. I think things are starting to click now though.

What was your favorite thing to eat?
Mandarin oranges or tomatoes with salt…it still is!

Do you have names picked out?
No not yet. We will start working on that part more once we know the gender of the baby. I will say it’s true what they say though…you don’t realize how many people you hate until you have to name a child.

Any must have first trimester finds?
A bigger Brita filter for all the water you’re going to consumer. I’m honestly not kidding.

These maternity skinny jeans that I feel in love with in my last week of the first trimester.

What to Except When You’re Excepting & the journal & the app. The book has helped with everything I need to know and the journal has let me write down all the milestones & updates. The app is an extension of the book that’s great for your weekly updates.

This baby owner’s manual that’s hilarious but also super informative. I got it for B and ended up reading the whole thing too. Not exactly a first trimester need though.

I got it as a Christmas gift from Brad but I wish I would have had this in my first trimester. This pregnancy pillow is amazing. Even the dog steals it.

These Gem Gem Ginger Chews in Mango no nausea

Any intuition on boy or girl?
We’ve been team healthy baby from the start. As for intuition, I get moments when I feel it’s a girl but it’s nothing I’d call intuition. Though Brad has a strong gut feeling it’s a boy. He’s has it since our 11-week ultrasound.

How did you manage being tired?
I talked about my tiredness a little on Stories. The answer to that question is..I don’t feel like I did. I guess I just powered through? I’m not really sure. I just somehow ended up here being able to sleep better but I don’t have any real advice besides, sleep when you feel like you can. Even if it’s just laying down without sleep, let your body have the break.

Will you keep up with running while pregnant?
Since I can’t run right now, I walk, a lot. I walk somewhere between 1.6-2.5 miles a day to every other day, just to try and stay active. I’ll pick running back up if I get cleared for it. Though it will be small distances, nothing larger than a 5K since I’ve been out for almost 4 months now.

The hardest part about the first trimester?
The fear. That was probably the hardest part and trying to be positive through it. After that is 100% the lack of sleep. Which thinking about it now, they both probably had affects on each other. 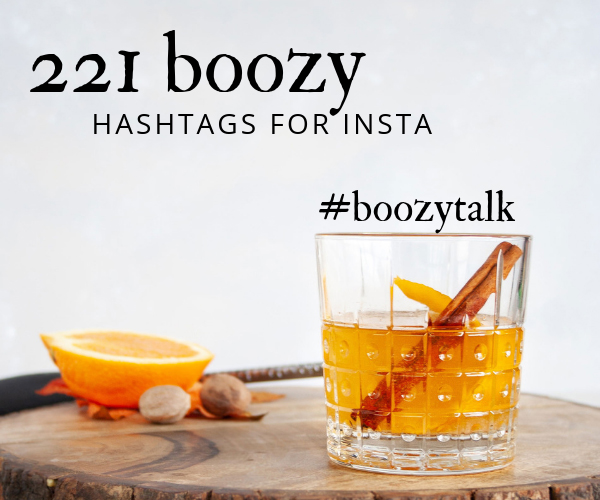